The Beginning of the Story 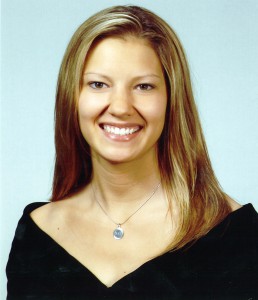 Jacquie Hirsch was a 22 year old student at Geneseo State University who had finished her classes in May of 2007 and was just 2 months short of completing her student teaching and receiving her degree in early childhood education.  Jacquie was a caring, bright and thoughtful person whose presence and smile could brighten even the darkest day.  She competed in the US Junior Olympic Gymnastics program, was a high school diver at Williamsville North and a collegiate competitor for the Blue Wave.  She also participated in basketball, softball, tennis, and skiing.  In addition, Jacquie was an active Greek member of Sigma Delta Tau Sorority while at Geneseo.

On September 28, 2007, Jacquie woke up to prepare for another day of student teaching in Rochester but felt sick and found her vision was blurry.  Thinking this could have been attributed to her contact lenses she visited the college health center and was then referred to an eye specialist.  Taking careful note of her vision, he knew something was wrong, very wrong.

After arriving at a local hospital for blood work, her white blood cells had reached a level 20 times higher than normal.  This deviation in her blood stream caused clotting behind her retina and the subsequent blurred vision.  Her mother, driving to the hospital from Buffalo, arrived in time for the news.  Such a rapid cell increase only meant one thing:  Cancer.  Jacquie was immediately rushed home and admitted directly to Roswell Park Cancer Institute.

The family arrived with Jacquie at 2:30 a.m. and treatment began instantly.  Within 12 hours, she began receiving strong doses of chemotherapy for Acute Lymphocytic Leukemia, (ALL) and was put on an immediate national search to find a match for a bone marrow and stem cell transplant.  While undergoing chemo at Roswell Park, she made everyone aware she would be much happier if put on the pediatric floor.  Once her room was 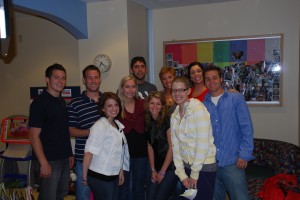 moved, she wasted no time meeting the children and making friends.  Helping to make sno-kones and coloring pictures was a way for both her and the children find some level of comfort.  Her laugh and her smiles continued every day as did her strong will to fight.  Along with her IV and pump, Jacquie walked miles around the 6th floor with a level of determination rarely seen in someone so young.

Fundraising efforts and a benefit with free bone marrow testing were set up in order to help. A donor was eventually located and Jacquie was admitted into Memorial Sloan-Kettering Cancer Center in New York City on February 11, 2008.

There, Jacquie continued the fight of her life and received a genetic altering bone marrow and stem cell transplant.  She spent 3 months in the hospital and away from home.  The family took turns traveling back and forth and there seemed to be a light at the end of the tunnel. However, eleven days short of her discharge date, the family received some very devastating news; her cancer had returned.  She was immediately flown back to Buffalo and had only 2 days with family and friends before she was admitted back into Roswell Park Cancer Institute, where she faced her greatest challenge, a second time. 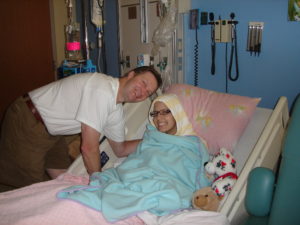 Again, she began a series of chemotherapy regiments in hopes of containing the cancer.  Once achieved, she would begin to prepare for another transplant.  Despite all of her setbacks and medical complications, she continued to stay strong, brave, and positive.

Her body was left bruised, in pain and immune system compromised from the first transplant, however, Jacquie rallied and fought back through fevers, infections, shots, pills, and more hospital stays in order to prepare herself for a second transplant.  Through it all, she narrowly missed a very important window of opportunity to be able to receive her second transplant.  Thankfully, along with some instrumental nurses and doctors, Jacquie, her donor, and her medical team all made it to transplant.

This time, Jacquie began to experience a significant amount of Graft vs. Host Disease (GVHD) resulting from the second transplant.  She had trouble breathing and her organs began to shut down from all the built up radiation, chemotherapy, and medication she had received.

Jacquie was taken to the Intensive Care Unit at Roswell Park where she spent weeks on a ventilator in a drug induced coma, fighting for her life.  Her breathing steadily improved to a level where she was released from the ICU.  Unfortunately, days later on September 6, 2008, with her family at her side, the effects of GVHD, organ failure, and the returning cancer proved to be too much for her fragile body to handle.  At 8:30 p.m. with her parents, brother, and family at her side, Jacquie took her last breath and calmly passed with a smile on her face.  Her smile, one that thousands of people knew and loved meant that she was free of cancer and finally at peace. 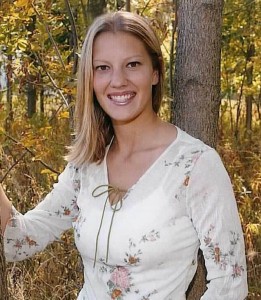 It was Jacquie’s greatest dream that we would one day live in a world free of cancer.  Thanks to her brave fight, more than 1,400 new people have registered to be life saving bone marrow donors and the number continues to rise. In addition to that more than $350,000 has gone into The Jacquie Hirsch Leukemia Research Fund where scientists and researchers are dedicated to finding a cure for this relentless disease.  This impact on the community reminds us that Jacquie’s story has not ended but that it will continue on through her family, friends, and the Foundation that bears her name.  We love and miss her every day.  Our work will continue until a cure is found.

Get an inside look at the Jacquie Hirsch For A.L.L. Foundation each month.